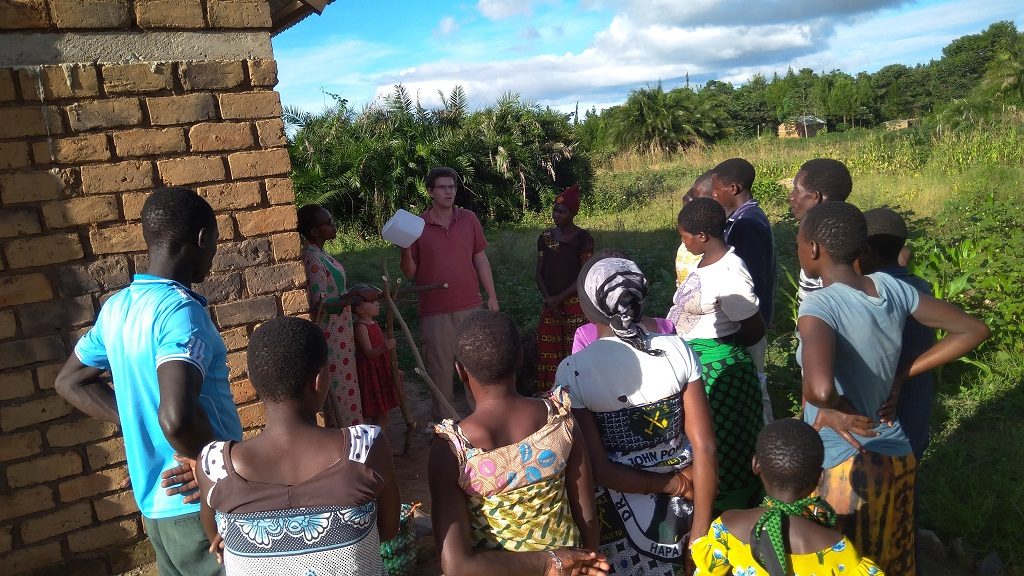 We work on Kome Island, on Lake Victoria. We have a passion to see the people of rural and remote islands in Lake Victoria, Tanzania transformed – physically and also spiritually!

We are looking to see change in the following areas:

We are actively working to improve community by health training the churches in the areas of breastfeeding, early infant nutrition and household water and sanitation.

In time we hope and pray that the churches on Kome would be able to spread this knowledge to the other communities on the island.

VICOBA is a community saving scheme. Basically, before every health education meeting all the members have the opportunity to ‘buy shares’. The group have established the ‘rules’ of their group themselves, with guidance from us. The Buhama group has decided that each share costs 1000 Tanzanian Shillings (about 30p). Each week the women can buy between one and five shares. Once the ‘bank’ has enough money the women can take out loans to use for business investments. The group has set their priority list of what kinds of things will be most likely to be given a loan for. Those who take loans will pay back to the ‘bank’ with interest. It is a favourable rate in comparison to loan sharks, the women have decided to set the rate at 10% and the loan is paid back over three months. There are various ‘fines’ in place for ‘misdemeanours’, such as being late or not turning up without having informed anyone, or having a good justification for having not done so. These have all been decided by the group members themselves. The fines also go into the ‘bank’. The women have decided to run the scheme on a 12 monthly basis, so at the end of the 12 months they will split the money they have collected between them.

The purpose of the loan scheme is to support business investment, and so increasing the amount of money owned by all members of the group, and enabling the borrowers to be able to afford the interest. Loans must be approved by the group, since it’s a risk for everyone if loans don’t get repaid. Schemes like this can be challenging where community members lack the ability to buy basic necessities, such as medicines. For this reason there is a second, smaller collection each week for the ‘community box’. This is a kitty of money that the women can take loans from for essentials such as medicines or school books. There is no interest on money borrowed from this smaller collection. 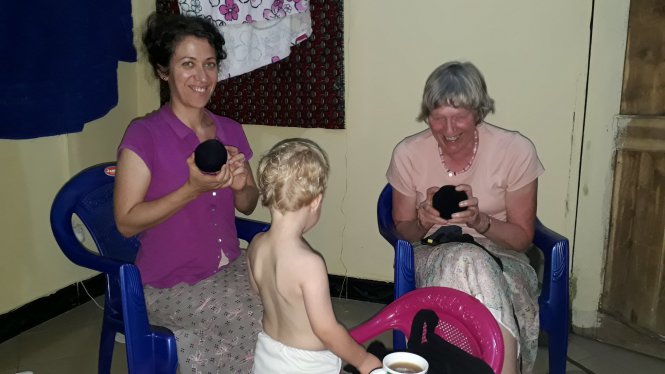 The womens meetings at Nyakabanga church on Kome island have become regular, with Gertrude doing a fantastic job of coaching and translating. The topics of conversation have been around the importance of exclusive breastfeeding for the first six months, and the importance of appropriate food in the months after. Breastfeeding discussions are much easier with a model breast to hand, so we made some out of old tights.

The work with the ladies group is in full swing , with all manner of topics being discussed, from positioning a feeding baby, to preparing foods for older babies and toddlers. Many of the women in the group assume it normal to introduce non-milk foods to an infant not even a month old, for example uji (watery maize porridge) and banana and they have some disbelief that milk alone is enough.

A family discussing what small changes they can make to their toilet facilities. We are starting the sanitation work in the communities on Kome Island. We aim to work with around 6 families in the church community, and it is hoped these families will become educators of the neighbouring households. We are suggesting simple technologies for improving handwashing, water treatment and safe storage of drinking water. The approach is that everyone (including us!) can make small improvements at a household level on issues surrounding water and sanitation wherever they are on the “ladder”. By giving the families a Biblical understanding of how and why they should be taking care of their households we hope the families will persevere with the suggestions we make, and in turn the community at large will benefit.

Pastors Daudi and Charles have been trained to build tippy taps ahead of the sanitation training which will share this skill on Kome Island.

To donate securely online to the Kome Island Health Project in the Mwanza region in Tanzania, click on the Enthuse button.

Please note that Enthuse charges an administration fee on your donation.